The lift in the apartment complex on Nelson Manickam Road where a teenager was trapped. Photo: K.V.Srinivasan
A 14-year-old boy bled to death after his leg got trapped in a lift in an apartment complex on Nelson Manickam Road on Tuesday evening.
The incident came to light after the security guard of the complex went to check the lift following a complaint from a resident that the lift was not functioning. The cause of the incident is under investigation.
Sources with the Aminjikarai police identified the victim as V. Kaleeswaran, a student of Standard VIII at the Chennai High School in Choolaimedu and resident of Vada Agaram Road in Choolaimedu.
Police said that around 5.30 p.m., Kaleeswaran's mother Manonmani, a flower vendor on Nelson Mainckam Road, asked him to deliver flowers to a flat on the D Block of Nelson Chambers Apartment Complex.
"Around 6 p.m., one of the residents of the 44 houses in the seven-storey block asked the security guard to check why the lift was not working. The guard went to the ground floor and opened the main door of the lift. He saw the lift stranded between the ground and first floors and a leg caught between the automatic doors," said an investigating officer.
The guard alerted the residents who called the police. Firemen from Kilpauk Fire Station came and opened the lift to find the body of Kaleeswaran inside, the officer added. The body was taken to the Government Kilpauk Medical College Hospital for post-mortem.
Investigations are under way to establish the cause of the death and whether there was a fault in the elevator.
Courtesy_
http://www.thehindu.com/news/cities/Chennai/article850965.ece

Where classes are held under tree, on street for want of amenities

Where classes are held under tree, on street for want of amenities
K. MANIKANDAN
TAMBARAM, October 27, 2010

Students of the Government High School in Sithalapakkam attend classes sitting on a road. Photo: A.Muralitharan
Official apathy and inadequate facilities have forced students of a government school near Tambaram to attend classes sitting on a street running close to the school, on corridors, under trees and also in a portion of a temple nearby.
The St. Thomas Mount Panchayat Union Middle School in Sithalapakkam was upgraded as a high school last year, resulting in an increase in the students' strength.
Residents of Sithalapakkam welcomed this as otherwise students of classes 9 and 10 would have had to go to schools elsewhere. There, however, has not been a proportionate increase in the facilities at the school.
There are nearly 800 students in the high school, but only a few classrooms. As a result, one section of the students attends classes on the corridor of the building, while another section attends classes under a huge tree. In the absence of adequate classrooms, a group of students is forced to sit near a street running close to the school.
A portion of the compound wall around a village tank serves as the blackboard for some. The wall was built after a student slipped and drowned in the tank some years ago. The movement of cattle and stray dogs through this "classroom" is common.
Residents said the poor amenities in government schools like in Sithalapakkam was an important reason for the performance of students in public examinations.
A section of students and parents complained that in the absence of a compound wall around the school, miscreants had a free run. Girl students and teachers have been victims of harassment by anti-social elements under the influence of alcohol. The noon meal kitchen, like in many government schools in the suburbs of Chennai, lacked a proper building and food is cooked in the open.
The toilet for students was completely damaged and hence they are forced to relieve themselves in the open. This is a huge problem for girls, especially those in higher classes. Residents said the school teachers paid monthly charges to the owners of a couple of houses nearby for using their toilets.
Enquiries with various government agencies revealed that a patch of land, measuring about eight acres in Sithalapakkam Village Panchayat was earmarked for construction of the high school.
A considerable amount of money was spent on constructing a compound wall around the piece of land. As the land was classified as 'meikaal poramboke' (unassessed waste land for grazing of cattle), permission was yet to be granted for construction of the buildings. Officials of the School Education Department said even while it was functioning as a Middle School, there was shortage of space.
Only after construction of additional classrooms, it should have been upgraded as a high school.
Sithalapakkam residents appealed to the government agencies to intervene immediately and arrange for construction of additional classrooms.
Courtesy_
http://www.thehindu.com
Also read the related stories
How to tackle indiscipline of students
LIFFY THOMAS
CHENNAI, October 27, 2010
Can punishment bring about positive change in students? A survey on corporal punishment, conducted in Corporation and matriculation schools in the city, has suggested alternatives.
Fifty per cent of the 100 parents felt that punishment does bring about change, while the remaining disagreed. The same question posed to 200 teachers revealed that 66 per cent were in favour of punishment as a way to mend a child for unacceptable behaviour, while the remaining were against it. The study was done by six first-year students of Madras School of Social Work as part of a project work.
While schools defend disciplinary action, in a majority of the incidents punishment do not go down well either with the child or parent. On Tuesday, parents of Harish Raj, a class VII student of Balalok Matriculation School, gave a written complaint about the school management to Inspector of Matriculation School S. Tamilmani. According to Sangeetha Vijayraj, mother of Harish, their son had been the subject of verbal abuse for quite sometime by most of the teachers. What annoyed us further was when he was asked to sit on the floor in the classroom as we did not attend the parents meeting held last Saturday, she said.
When contacted, the principal of the school said the boy was asked to sit on the floor as he disrespected the teacher. "Corporal punishment is not advocated in the school, but a child cannot show his emotion to a teacher by taking a pencil and throwing it on the floor," she said.
Though there is a complaint cell set up by the School Education Department (Ph: 28273591) and the Childline helpline (1098), the awareness that one can complain about corporal punishment, among others, is less. Experts say teacher training should incorporate contemporary ways to tackle indiscipline. "The management has to be made to understand that hardcore deadlines cannot be set for teachers. They should not overload or overwhelm a teacher, and the curriculum has to be set keeping in mind the development of the child," said Padma Srinath, early childhood teacher, American International School Chennai.
"In case of unacceptable behaviour, the child should be addressed on a one-to-one basis. If the behaviour is repeated for three times, a counsellor should be brought in," Ms. Srinath added. Student and family counsellor Arundhati Swamy says a child should be made aware of the disciplinary action likely in the event of he or she not following the rules. "A school that has a counsellor can offer help to the child, but if a school cannot afford one, a neutral person/coordinator with some kind of training should be brought in," she added.
Courtesy_
http://www.thehindu.com
--
Visit us at: http://selvamblog.blogspot.com

The much-delayed mobile number portability facility will be rolled out from November 1, starting with Haryana, Telecom Minister A. Raja has said. File photo
Telecom Minister A. Raja on Tuesday said the mobile number portability (MNP) facility, which allows subscribers to retain numbers even after changing service operators, will be rolled out from November 1, starting with Haryana.
"November 1 onwards MNP would be operational partially... We wanted to inaugurate it in Haryana," Mr. Raja told reporters in New Delhi.
The service is expected to be rolled out in the rest of the country in phases.
Its implementation is already delayed thrice due to different reasons. Necessary infrastructure not being in place was one of the reasons for delay.
The Department of Telecom had given licences to Syniverse Technologies and MNP Interconnection Telecom Solutions, a 74:26 joint venture between U.S.-based Telcordia and Deepak Talwar Consultants to implement MNP.
Courtesy_
http://www.thehindu.com
--
Visit us at: http://selvamblog.blogspot.com 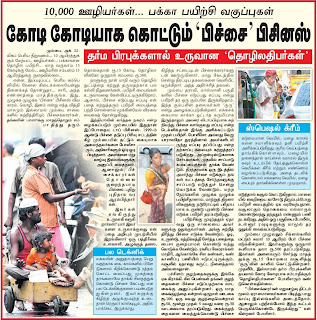 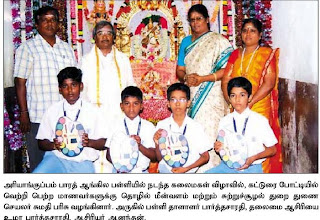 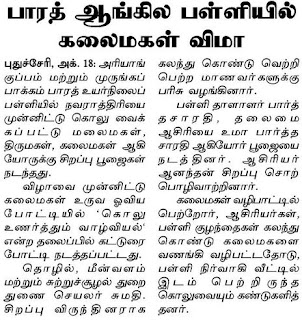 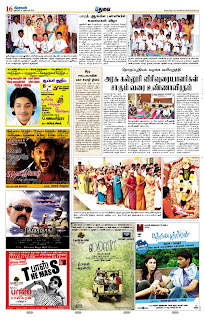 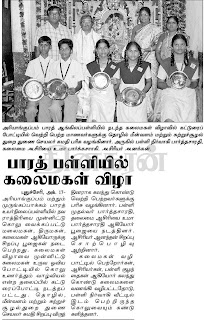 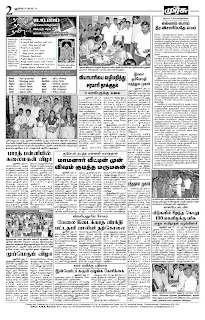